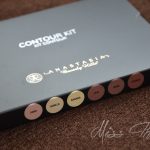 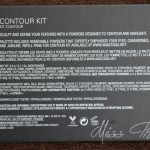 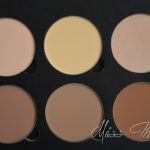 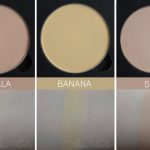 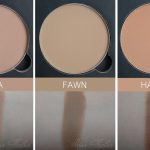 Anastasia’s Contour Kit is the first kit of it’s kind created and ever since contour kits became a thing. This is a very good palette and the shades have a great blending formula. I’ve seen many reviews saying that the bottom row, which are the bronzers, is very powdery but I find that the top row is way way more. Anyway, I don’t find it to be much of a problem.

This is not a palette for fair skintones but great for those of you with a medium skintone. The best thing about Anastasia’s Contour Kit is that besides the “already fixed palettes”, she offers many more individuall shades that you can buy and create you own kit. If you are a makeup artist you can custom create your own palettes but also you can easily re-purchase a shade in case you run out. The price is great too. But let me give you my thoughts on the shades inside my palette.

❥ Vanilla is described as a pale cream shade. I would describe it more as a light to medium powder with a neutral undertone. Being most of the time a light to fair complexion girl this shade works pretty well with my skintone even though I find it to be a little bit too pink at times.

❥ Banana is described as a pale yellow shade. I wouldn’t describe as pale yellow but more of a medium yellow. If you’ve already seen my swatches you’ll know what I mean. This is too yellow for me, can’t wear it, and I think same goes for light skintones. Be careful because it can look grey really quick if you have dark circles and haven’t corrected them before hand. It looks great in medium to dark skintones and gives a beautiful highlighted effect which I think it’s the purpose of this shade.

❥ Sand is described as a radiant chiffon shade. This is a beautiful slightly shimmery highlighter, great for light and fair skintones that gives a beautiful luminosity to the skin without being overpowering or overshimmery. It’s a beautiful shade but I find that I really have to pack it on to my cheekbones in order to show up.

❥ Java is described as a mocha shade. This is more of a redish-brown bronzer, great for those of you with cooler undertones and medium skintones. Wouldn’t suggest it to light or fair skintones.

❥ Fawn is described as a tawny shade. This is the coolest bronzer of the three and I find it to be a great shade for light to medium skintones in terms of contouring. If applied carefully and with a light hand it can be a great contour color for fair skintones too. This is definitely not the shade to bronze up your face.

❥ Havana is described as a warm russet shade. This is the warmest bronzer of them all and great for medium to dark/tan skintones. If you have this type of skintone skip the previous two shades and go for this one. This is not a shade for fair skintones as it can look orange on you.

Thanks for stopping by, I hope you like my blog! xoxo :) 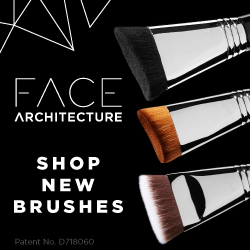